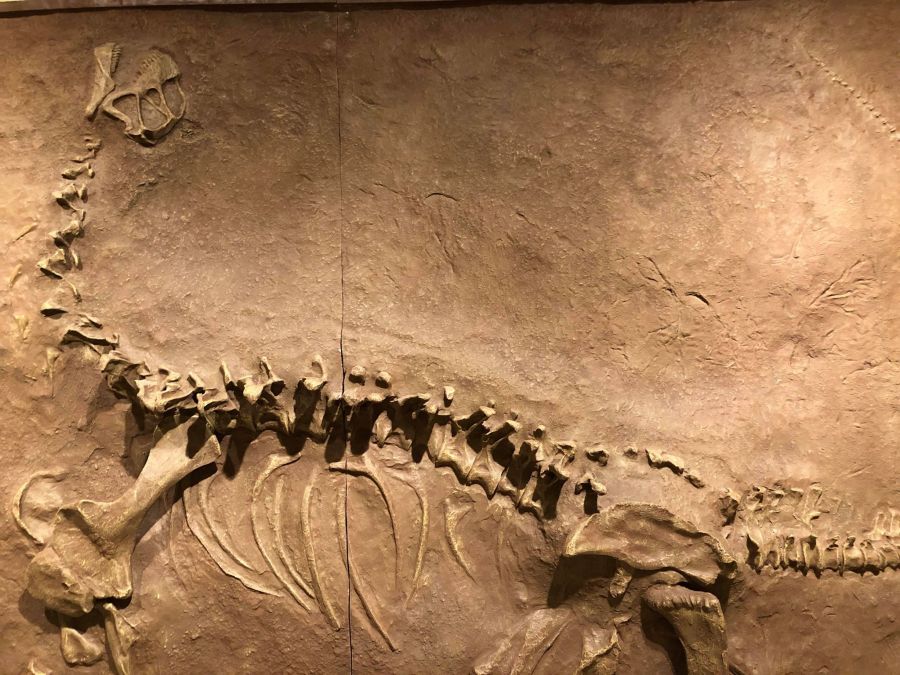 Imagine the variety of life on Earth now.

Mammals, reptiles, fish, birds, and so on. They’ve all been here a long time. Through the process of time and evolution they’ve changed drastically.

Some species, like sharks, have barely changed at all in millions of years. But some, like the sparrows and robins in your backyard, and the chickens on the farm down the road, can trace their lineage back to some of the largest and most impressive creatures to ever walk the Earth. The Dinosaurs.

Dinosaurs are loosely defined as a diverse group of terrestrial lifeforms that were the dominant form of life during the Mesozoic geological era. The Mesozoic was split into three distinct time periods called the Triassic, Jurassic, and Cretaceous, each lasting millions of years.

Throughout their 177 million years on Earth, they shared the world with flying reptiles, behemoth aquatic reptiles, and even some early mammals.

They came in a wide variety of shapes and sizes. Some, like Segisaurus of the early Jurassic, were no bigger than a house cat, while some were as large a house, like the thundering late Jurassic giant, Mamenchisaurus.

Dinosaurs have a distinct evolutionary tree. Traditionally it’s been divided into two lineages: The Saurischia (lizard-hipped), and Ornithischia (bird-hipped).

Saurischia included the massive sauropods, like Apatosaurus and Argentinosaurus.

Ornithischia encompassed the likes of Dakotaraptor, Allosaurus, and other bipedal theropod dinosaurs. This is the group that would eventually evolve into the birds we see today.

Though they are portrayed on film sometimes as lumbering and noisy, always stomping around and roaring their heads off, dinosaurs were much more graceful and understated, according to new studies.

For example, the tremendous late Cretaceous predator Tyrannosaurus, one of the most well known dinosaurs, probably didn’t roar at all. New evidence suggests that it may have hissed, or used closed-mouth vocalizations, not dissimilar to modern day cassowaries or ostriches.

Dinosaurs were also most likely warm-blooded. The amount of pressure required to keep blood flowing through a 12-ton sauropod wouldn’t be sustainable if the creature was cold-blooded like a reptile.

The cause of the extinction is mostly theorized as an asteroid impact, though evidence suggests that dinosaurs may have been on the route to a slower extinction with or without the apocalyptic event.

There have only been about 500 dinosaur species named, and it’s projected that paleontologists will never find them all. Sadly, time and the Earth’s turbulent geological history may have destroyed countless fossilized specimens.

Though with the knowledge we have about these fascinating creatures from a bygone age paints a vivid picture of the types of animals they were, we are always learning new things about them.

Next on Dino-Bites: When did the Dinosaurs Live?

(To celebrate the 25th anniversary of the Jurassic Park film franchise, we will be posting a series of short (mostly) articles throughout the month about dinosaurs and the world they lived in.

So keep your battery charged with us as we dive back in time to the age of dinosaurs!)