The deserts of Northern Africa were quite different 100 million years ago. Vast coastal mangrove forests dotting huge swaths of tidal flats and channels covered what would become Egypt and Morocco.

The inland seas and rivers were a hotbed of life. Huge fish, ancient crocodiles and even some plesiosaurs swam those waters. Titanic sauropods like Paratitan and Aegyptosaurus walked the coastline.

One dinosaur was uniquely adapted to surviving this environment of constant change. It stalked the mangroves and swam the channels, hunting its prey. This was the domain of Spinosaurus.

Spinosaurus aegyptiacus (Egyptian spine lizard) was one of, if not the largest carnivorous theropod dinosaurs. At 15 to 18 meters in length and possibly weighing as much as 4 to 6 tons, Spinosaurus was certainly capable of thriving in its environment.

The genus was first discovered in 1912 and later described in 1915 by German paleontologist, Ernst Stromer. The original remains, a variety of jaw fragments, vertebrae, dorsal spines and ribs, were excavated from the Bahariya Formation in Egypt.

The first remains were destroyed during World War II during the British bombing raid of Munich. Drawings and descriptions survived, and further fossils have been excavated since. However there have been no complete skeletons found.

Part of dinosaur family Spinosauridae, Spinosaurus shared some visual traits with a few other dinosaurs like Baryonyx of England, and Suchomimus of Central Africa. They all shared a similar body type, though Spinosaurus was the largest by far.

Spinosaurus had a few unique adaptations to help it thrive in its environment. It had a long, crocodile-like snout with a hooked ridge near the tip. The unique shape allowed the animal to easily catch and hold fish. They also had a specialized hooked claw on their forearms. It’s theorized that it was used to hold its prey.

The most unique trait of the Spinosaurus is also one of its most mysterious. A series of elongated dorsal vertebrae indicate that the creature had a sail or hump along its back. The purpose of the sail is currently unknown. The seemingly obvious use would be for thermoregulation or even helping it navigate waterways and balance itself easier while hunting.

Some theorize that it was used for display, whether for mating purposes or for warding off other competing predators. The Spinosaurus had some serious competition.

While Spinosaurus certainly would have been a piscovore (fish-eater), it most likely would have hunted terrestrially as well. It wasn’t the only large predator in the area.

It’s likely that the two large predators would have met, however with the specializations they possessed would have kept them to their respective niches. They may have competed when prey was scarce however. Perhaps when herbivores migrated, or fish were scarce during different seasons. Even so, it wouldn’t be a good idea to be between these two huge predators.

Spinosaurus hasn’t been a prominent part of dinosaur popular culture for very long, but it roared onto the scene in 2001’s Jurassic Park III (Universal Pictures). It was depicted in the film as the ultimate predator, even taking down the franchise star, Tyrannosaurus Rex, in a savage duel.

This exciting depiction made for some great movie thrills, but the film version of the creature was based on old data. When that film was made, Spinosaurus was thought to be a savage predator that hunted mostly terrestrially, and Tyrannosaurus was incorrectly thought to be a scavenger. The introduction of new data and revisions to old theories have put some of that speculation to bed. Besides, the two creatures lived millions of years and whole continents apart.

It’s safe to say that Spinosaurus is one of the more unique and fascinating dinosaurs to ever roam the Earth.

(To celebrate the 25th anniversary of the Jurassic Park film franchise, we will be posting a series of short (mostly) articles throughout the month about dinosaurs and the world they lived in.

So keep your battery charged with us as we dive back in time to the age of dinosaurs!) 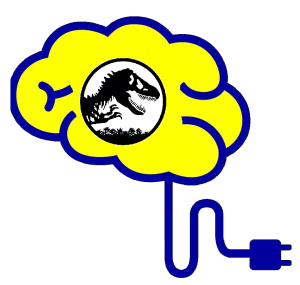